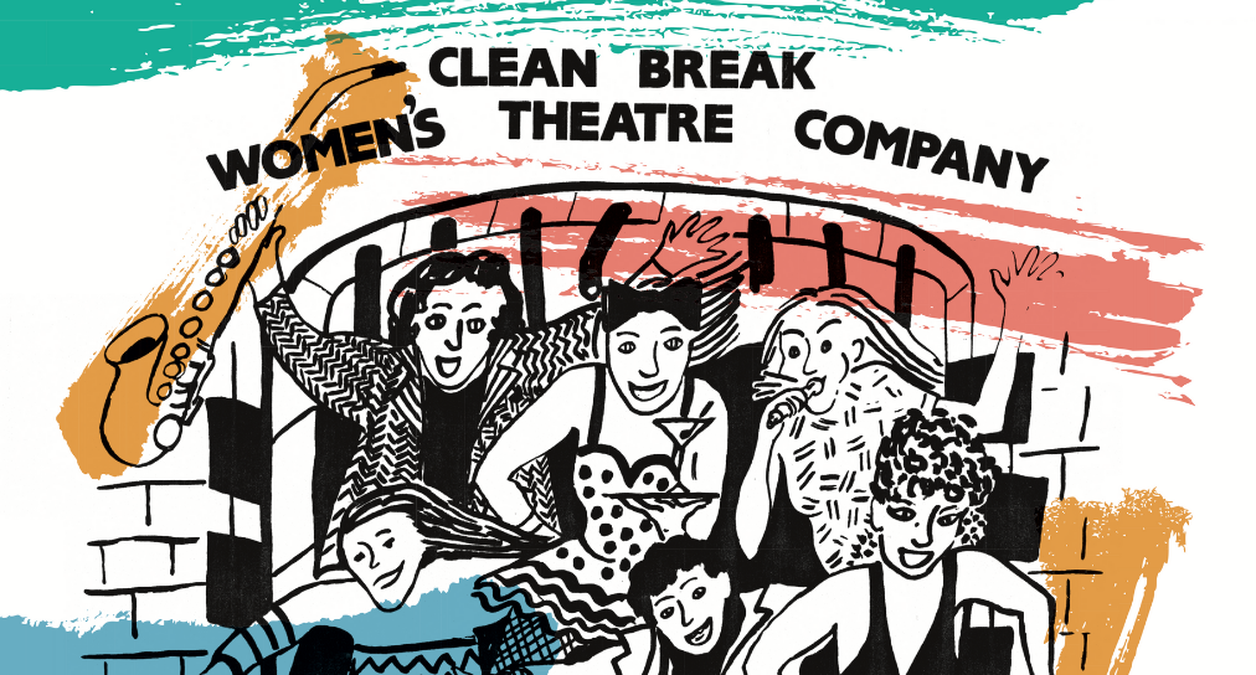 Clean Break's Co-Chair Dr Alison Frater reflects on 40 years of the company and her conversation with the founders at the launch of the archive.

At the launch of the Clean Break Archive, a unique collection of 40 years of playscripts, news reel, film clips, stories, songs, poems and letters, I talked with Jacqui Holborough and Jenny Hicks about how and why they started this life saving theatre company. The answer took me to the heart of Clean Break’s role and mission and to a story still being told.

Picking up from the point Jenny and Jacqui met in HMP Durham, a high security jail designed for men who had committed violent crimes including the great train robbers of the 1960s, the theme was survival and the cruel disregard for women in prison. By 1971, HMP Durham had closed its doors to rioting men who wouldn’t tolerate its jail within a jail confinement. But in 1974, it was suddenly deemed acceptable to re-open for women. This was a place Professor of Sociology, Laurie Taylor described as psychologically the worse he had ever seen and by the Mountbatten report (1966) as "conditions in small, confined units that no civilised country should tolerate."

As Jenny and Jacqui said: "there weren’t enough, if any women, that met the criteria (3 out of 35 were category A). We were put there to make up the numbers." 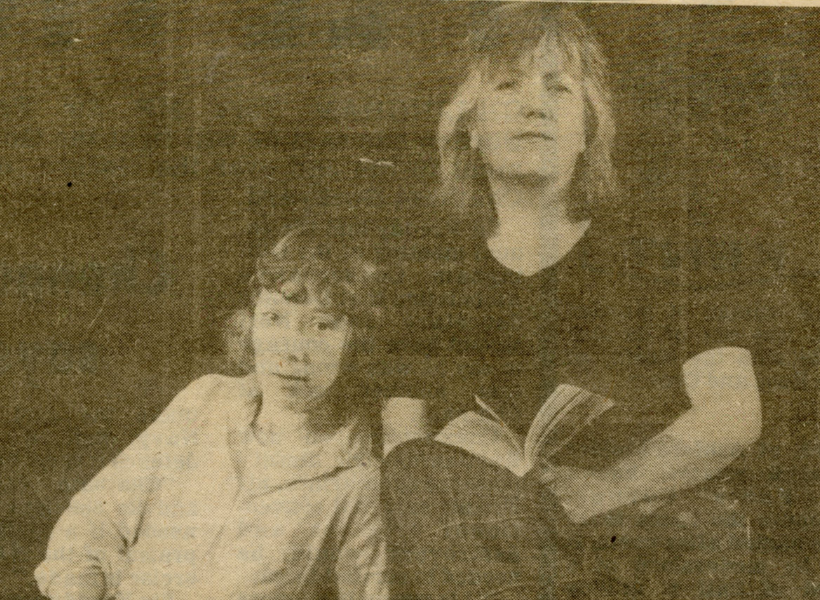 Women trying to put on plays as a means of coping with intolerable conditions proved too much for the HMP Durham wing governor who condemned them “having fun in the yard”. She rejected the prospect of rehearsing songs from Jesus Christ Superstar as a “security risk”.

It wasn’t till they re-connected on transfer to HMP Askham Grange prior to release that they were able to build a platform that was to become a creative centre and a source of support and advocacy for thousands of women. As Jenny said: "We moved from the highest to the lowest level of security. We could have just walked out of there. Yet, we still needed a form of expression that was meaningful, not just distraction."

The launch was to celebrate 40 years of the work of Clean Break but the injustice of the coronavirus pandemic hung over our conversation. Still locked away behind official myth and judicial hypocrisy were thousands of women in 14 jails banged up for 23 hours a day with no visits, no work, no education.

Despite places with little ventilation and poor hygiene being ideal conditions for viral transmission; despite women being incarcerated for minor crimes, often for a first offence, often with serious mental health issues; and despite the devastating impact on their health and well-being, future life chances and the lives of children and families who need them, only 15 out of many women promised were actually released.

"You have to keep going back to the principles, the spirit of Clean Break," Jenny said, "to understand why it survived. It’s because the voices of these women trapped by the impact of the coronavirus and all women incarcerated have got be heard."

After their transfer to HMP Askham Grange, Jenny and Jacqui’s ambition to write and perform plays foregrounding women’s experience having "grown tired of always playing men’s parts" was fostered by the governor, Susan McCormick. Their two-hour show Efemera was performed to a full house at York Arts Centre. Appearing as ‘Ask ‘em out’, this was the first time a group of prisoners had performed to a general audience outside prison, and they were well received by local critics. 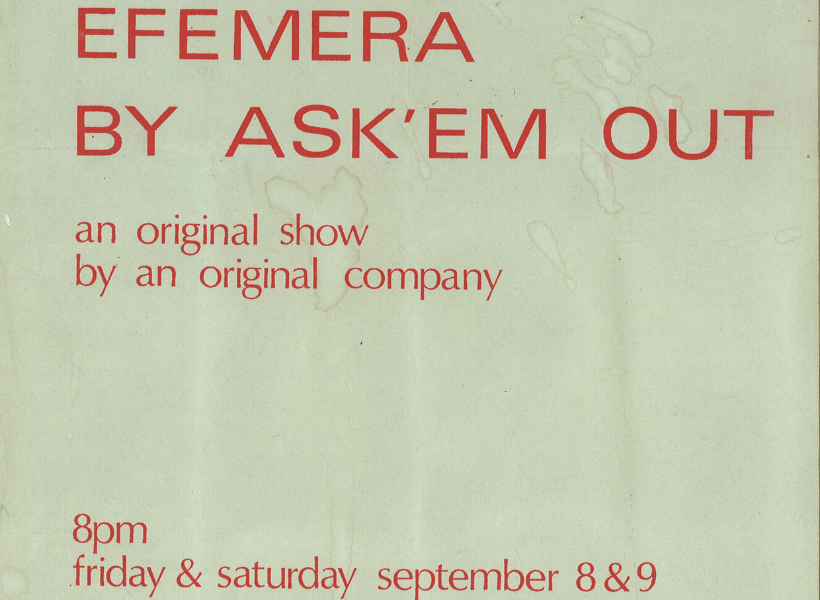 Susan McCormick saw through the dominant narrative about women who commit crimes. She celebrated the quality and value of writing and performance. She provided opportunities for women to grow and recover. Her empathy drove round bureaucracy overcoming the climate of opprobrium that drags women’s progress. She provided space to workshop, stages for plays and support beyond release. Susan’s letters of recommendation for Jenny and Jacqui and the emergent Clean Break (displayed in the archive) are probably the only Home Office memos on record that combine official business with a ‘PS’ reporting that a promised costume has been found. The nun's outfit was for A Question of Habit, a play written by Jacqui and performed to an amazing response at the Edinburgh Festival, building on the success of winning a Koestler Award at the Royal Court Theatre - the first of many awards won by Clean Break. 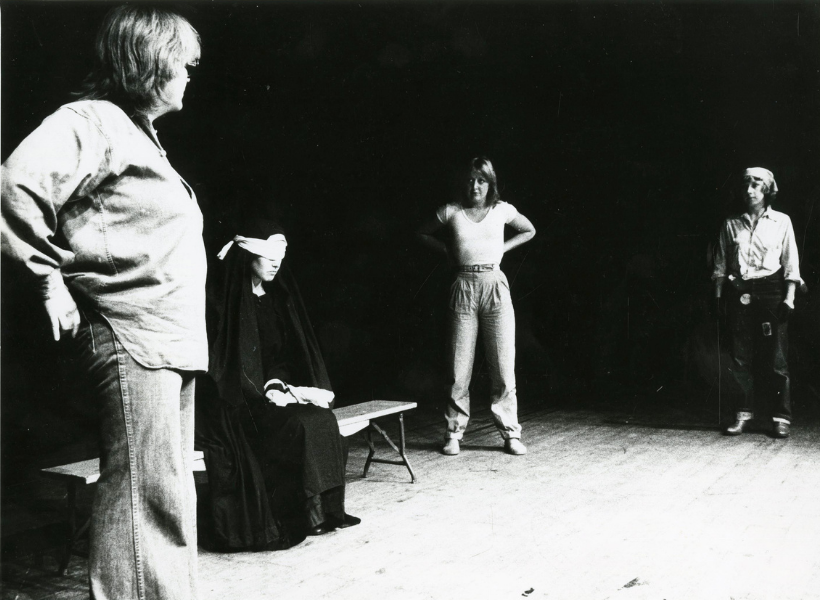 Jacqui’s postcard back to Susan from Edinburgh identifies the essence of survival. Her few words reveal the joy in a relationship drawn from shared understanding of creativity that transcends prejudice and transforms lives.

"Susan was a friend," Jacqui said, "until her dying day." 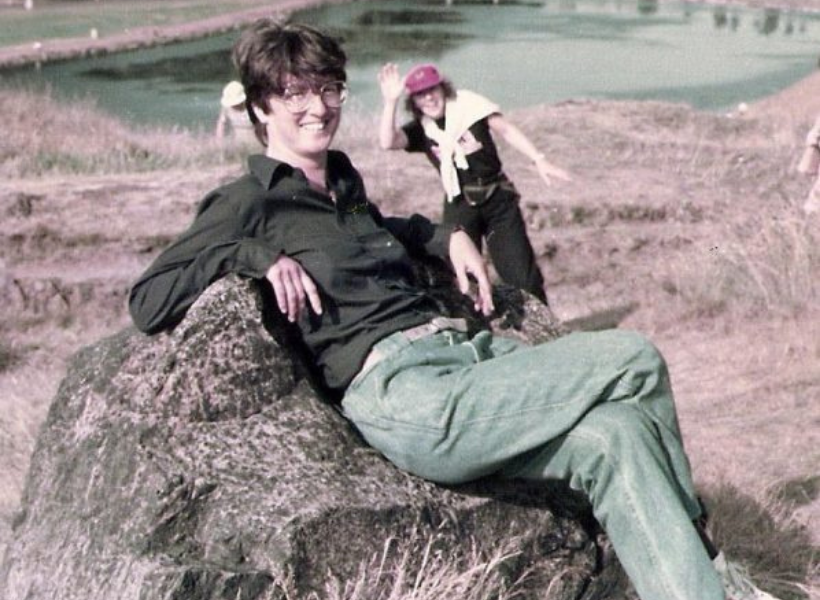 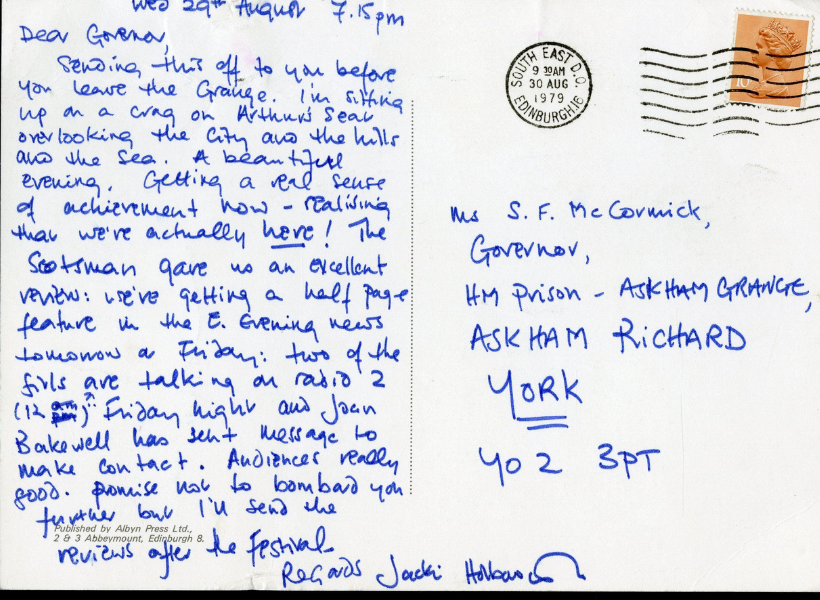 Susan helped them construct the possibility of life beyond prison, award winning plays presented at home and internationally, onstage and on television. Jenny and Jacqui built a theatre company that succeeds in its mission of “changing lives and changing minds”. They sparked a network of much needed support organisations for women: Women in Prison, Hibiscus, Women in Secure Hospitals (WISH) and the Creative and Supportive Trust for women (CAST). Susan’s empathy and Jenny and Jacqui’s creativity kicked off a company that started from life inside and reaches hearts and minds on the out.

Not so much a history, the archive is alive to injustice still present, isolation and vulnerability still felt, change still needed.

The I am theatre exhibition celebrates Clean Break's 40-year history as a radical theatre company, documenting our heritage through previously unseen archival material and specially commissioned interviews and installations.

The exhibition is at Swiss Cottage Gallery and is open until 31 July.

For further information and to book your free tickets click here.