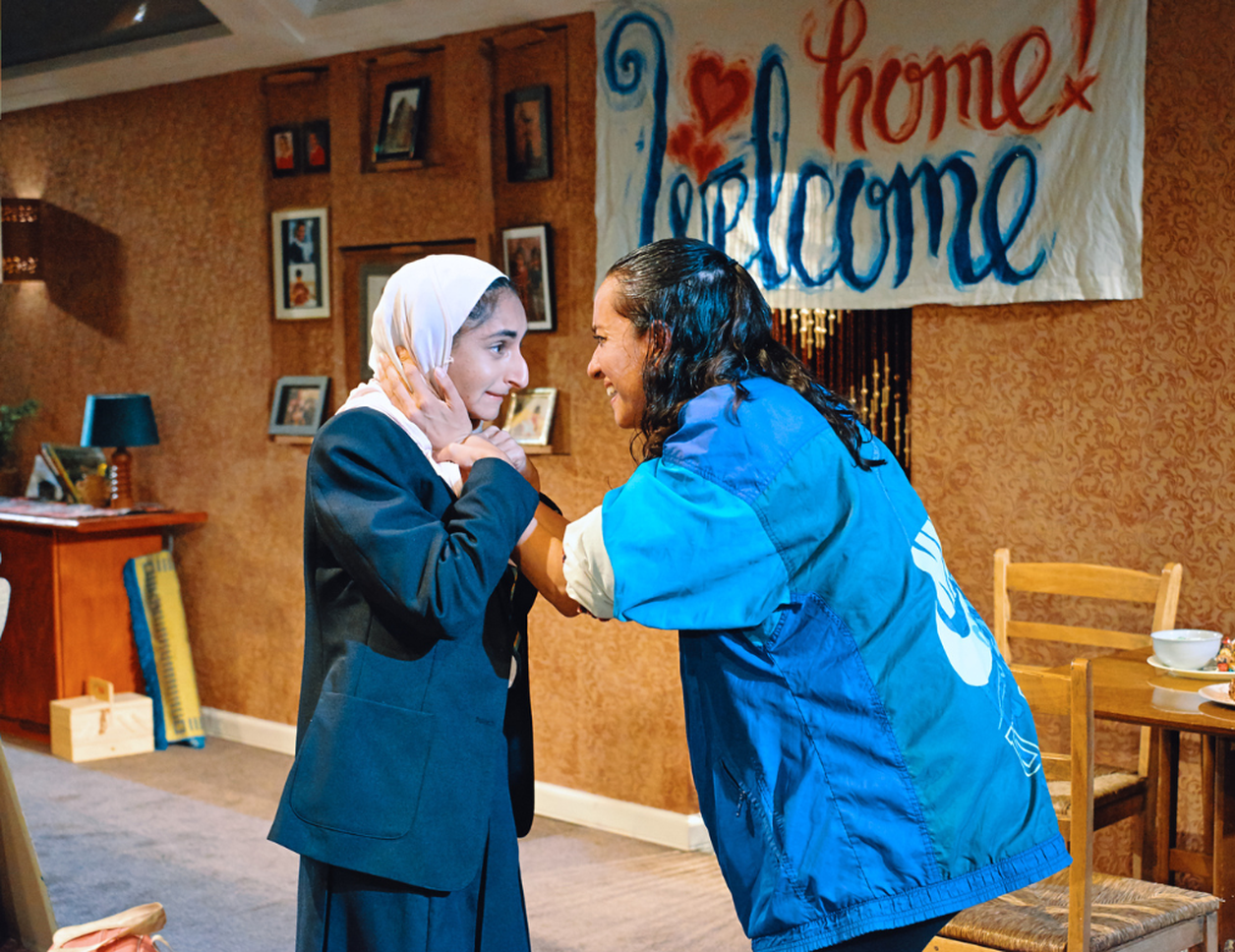 Favour by Ambreen Razia follows three generations of Muslim women navigating life after one of them returns home from prison. The play tackles themes of duty and expectation felt by women within an East London, South Asian community, and what happens when women are criminalised. To explore these themes and give more context to our play, which is on at Bush Theatre until 6 August 2022, we asked Nejma Collective to write a blog piece.

Nejma Collective (meaning ‘star’ in Arabic) are a newly formed group who exist to support Muslim people in prison in the UK, and raise awareness around their experiences. Read their blog piece below to find out more:

“People are usually very unforgiving if you’re a Muslim woman coming out of prison."

– Anonymous beneficiary of the Khidmat Centre [1][2]

In January 2016 then Prime Minister, David Cameron, commissioned an independent review of the treatment of, Black, Asian and Minority Ethnic (BAME) individuals in the Criminal Justice System (CJS) across England and Wales. The Lammy Review, published in 2017, finally revealed the shocking extent of racial discrimination across all sections of the CJS – including policing, sentencing and imprisonment.

One of the key findings to emerge from the Lammy Review was the unnerving increase of Muslim people in prison in the last decade, from around 8,900 to 13,200 [3]. In short, the number of incarcerated Muslim people had almost doubled. Muslims made up 4.8 percent of the UK’s general population, but 15 percent of the prison population.

In the years that followed, further research unveiled a dystopian trend: In London, Muslims made up 27 percent of the prison population, in Immigration Removal Centres they comprised 50 percent of the populace and in women’s prisons they accounted for 35 percent of the BAME population. [4][5]

Once in prison, Muslims were (and remain) subject to considerable bullying, harassment and violence. According to research conducted by Maslaha, for example, Muslim men face increased surveillance in prison, are deemed suspicious if they pray in congregation (largely because it is considered to be an indicator of ‘radicalisation’) and targeted for being “visibly Muslim” [6]. Dr Patrick Williams, from Manchester Metropolitan University (MMU), comments “Traditionally religion was seen as a really valuable feature of rehabilitation, religion was seen as a way of reducing likely offending behaviour, today it is now seen as causing offending behaviour, it is now seen as criminogenic, crime causing.” [7]

Meanwhile, Muslim women who become entagled in the CJS complain about extreme isolation: they are disowned by their relatives for having bought the family into “disrepute”, face prejudice from prison authorities and face significant ostracisation from the wider Muslim community upon release. Indeed, one client from the Khidmat Centre in Bradford recounted, “Where are we supposed to turn? The community we have joined doesn’t seem to accept us and the one we left behind doesn’t want to know us either.” [8]

In particular, we believe that prisons are not a just medium of responding to harm: they neglect to offer victims accountability, they reproduce social inequality and they tend to punish perpetrators without seeking to contextualise the harm they may have caused.

Rather, the Nejma Collective is interested in interrogating the relationship between restorative justice, transformative justice and Islam. We can see principles of these alternative forms of justice in the Hadith whereby Umar (RA) [9] suspended punishment for theft during a famine under his rule [10]. This shows how an understanding of people’s contexts should be recognised by those who have the power to enact laws.

During Ramadan, we launched our fundraiser in aid of Muslim women in prison [11]. The purpose of the fundraiser was to enable Muslim women to purchase basic necessities in prison, to use this as a means to build a relationship with Muslims in prison and to highlight the scale of institutional Islamophobia in the CJS. Thankfully, we managed to raise over £6,000 in donations, as well as being awarded an additional £5,000 by Fearless Futures. We hope to go live with the project in August 2022 by advertising our services in Inside Time: a non profit organisation providing monthly newspapers for people in prison across the UK.