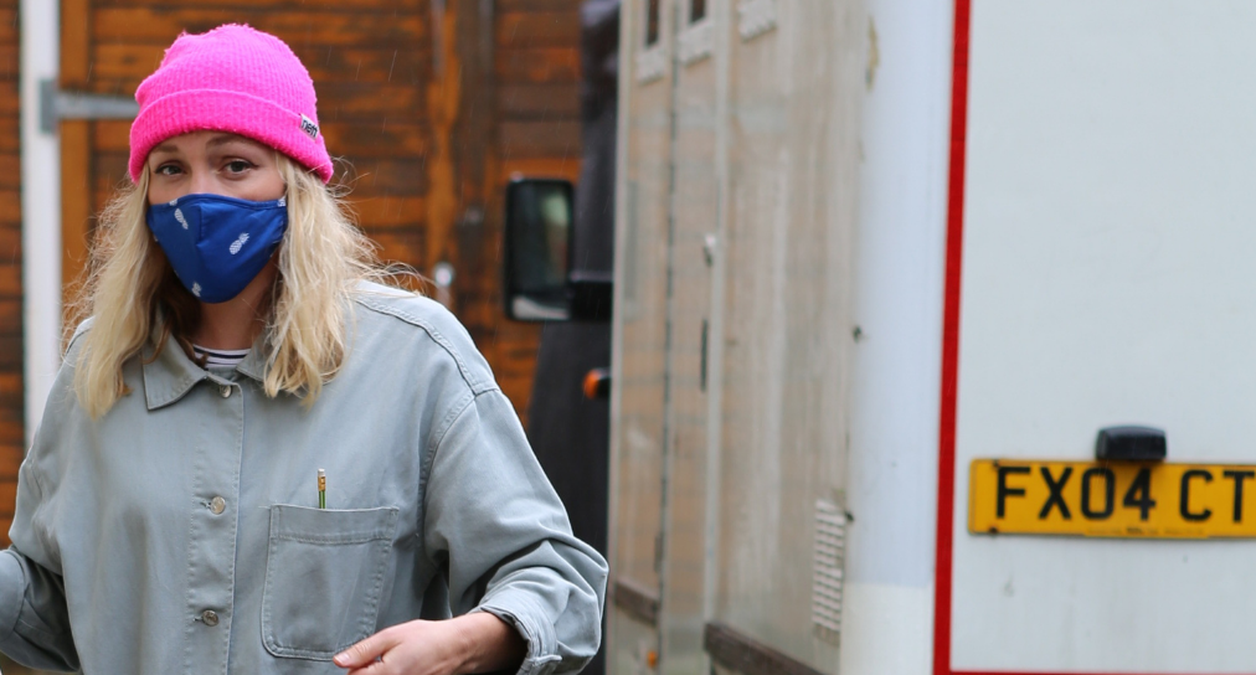 Sweatbox producer Clancie Brennan writes about being a woman in the film industry and the difference of working with Clean Break.

Working on an all-female production is such an exciting and rewarding journey, yet it comes with its challenges too.

When I was approached by Clean Break to produce Sweatbox from a theatre production to short film I was truly honoured: I’ve been a fan of their work for some time and love what they do with women through the criminal justice system. They told me about their policy of only working with women, so I set about bringing together a crew that would be very different from the ones I was used to.

Although I had worked with predominantly female crews before, there are always obstacles you face when crewing up all-female. Especially roles such as Gaffers and Electricians, which are unfortunately looked upon within our industry to be “male roles”.

It’s not because women are not able to do the job or don’t have the skill set, in fact it’s far from it! There are a lot of very skilled and talented women that can fill any role. However, we tend to either work within our comfort zone of those we’ve worked with before or go on recommendations, especially when it comes to commercials. This makes it very difficult to break into the industry. This, added with the prejudice people have over male and female roles in crews means that it is especially hard for women.

The number of women working in the film industry reached a historic high in 2019, but men still outnumber women four to one in key roles.

In the UK we have some of the best creative women across all roles in the film industry yet time after time we lose out on jobs to men.

In my career as a producer in the advertising industry I’ve seen it happen time after time where a female director will be put forward to pitch on a job against two others who are male, and you can almost bet your life it won’t go in her favour. Even brands that are targeted specifically at women where it would benefit from a female director and her insight get awarded to male directors. It’s ludicrous and doesn’t make sense or feel fair.

As a woman, you have to work twice as hard in this industry if you really want to break through, and it’s even harder for a woman of colour.

You still unfortunately have your old school ‘boys club’ mentality within lots of departments. As a rule on every production I work on, I ask all the Heads of Department to make their team as gender equal as possible. As you can imagine it’s always an uncomfortable conversation with those departments that are predominantly male and time after time, I hear the same ‘excuses’. The latest one is “we’re all in the same bubble, so we can’t really let anyone else join us or change the crew”.

With the freedom of working on a short film and with the push from Clean Break, I was able to bring together an exceptional, diverse all-female crew.

The crew was a mixture of women I’ve worked with previously, recommendations and those that responded from shout outs on social media groups. It wasn’t plain sailing as most women for many roles were already pencilled on jobs (which is fantastic). I had to dig a bit deeper, but we got there and I’m glad we did and pushed for a team with diverse experience and from all corners of the industry.

The shoot went so well, the atmosphere on set was so much calmer than previous jobs of mixed crews and nothing seemed to be a problem. Every woman just got on with her job and that’s how it should be across the board. Problems had solutions and everyone just mucked in.

Film shorts bring that as everyone is there because they care about the project and that’s when you get to make magic. We all especially cared about Sweatbox, the stories it was telling and the people who were telling it. It was such a privilege to work with Clean Break on this film and make a beautiful piece that we hope you all enjoy.

Sweatbox is streaming for free from Tuesday 8 June.