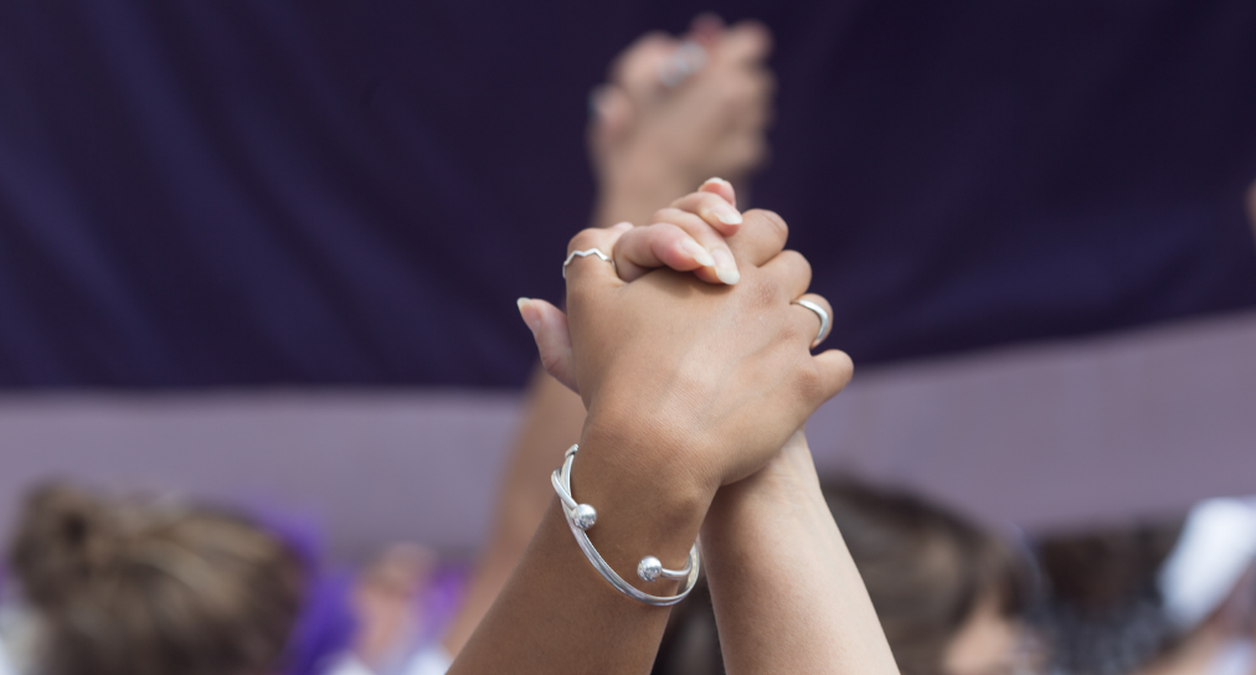 To mark International End Violence Against Women Day 2019 we asked Clean Break Member Amanda to talk us through her experience in our Advanced Theatre Group, as they tackle the theme of violence against women with Stef O'Driscoll.

We started out this season discussing what we needed from each other in order to feel safe - we spent a lot of time doing that and some of the words that came up were grace, respect, and confidentiality. Some of us have come from backgrounds where we personally experienced violence and we respect each other's stories and honour the pain that we have individually and collectively experienced as women.

We had one day this season where we devised these deep stories about childhoood trauma, sexual violence, and many of the stories were based on real experiences, however, our director Stef O'Driscoll chose not to use this work for our final sharing. That seems to be the norm when devising though, we create a lot and select the parts that are relevant to what we wanted to show. Instead, we created a piece that is a bit more upbeat - a women's TV channel.

Although some of the pieces are meant to be comical, it's not a joke that we really wanted to empower women and make them feel strong, intelligent and uplifted. It's interesting to be conscious of the fact that so much media out there still does the opposite, whether it's social media, music or television, there is such negative messaging towards women about not accepting and loving oneself and we wanted to create something that did just the opposite. There's ways to do that with heavy stuff and there's ways to do that with light-hearted stuff and we chose the light-hearted way, so there's a lot of music, dancing, and jokes in our show.

Our TV show show is called Herstory - an alternative to History that has stories and content mostly about men. We realised in conversation that it was important to us to bring to light the fact that women have been left out of past narratives such as books, stories, and culture. It might seem like jumping on the bandwagon but it's what Clean Break has been doing for 40 years so it's something deeply rooted in our company culture, you could say we were ahead of the trend. We talk about meditation, sexuality, veganism, the elderly, the environment, menstruation, dating, aging, and poverty as well as stuff that is just for laughs like fake adverts. I think providing a safe place where we can laugh and make others laugh is a way to take a stand against violence in itself.

Find out more about the Clean Break Members programme here.