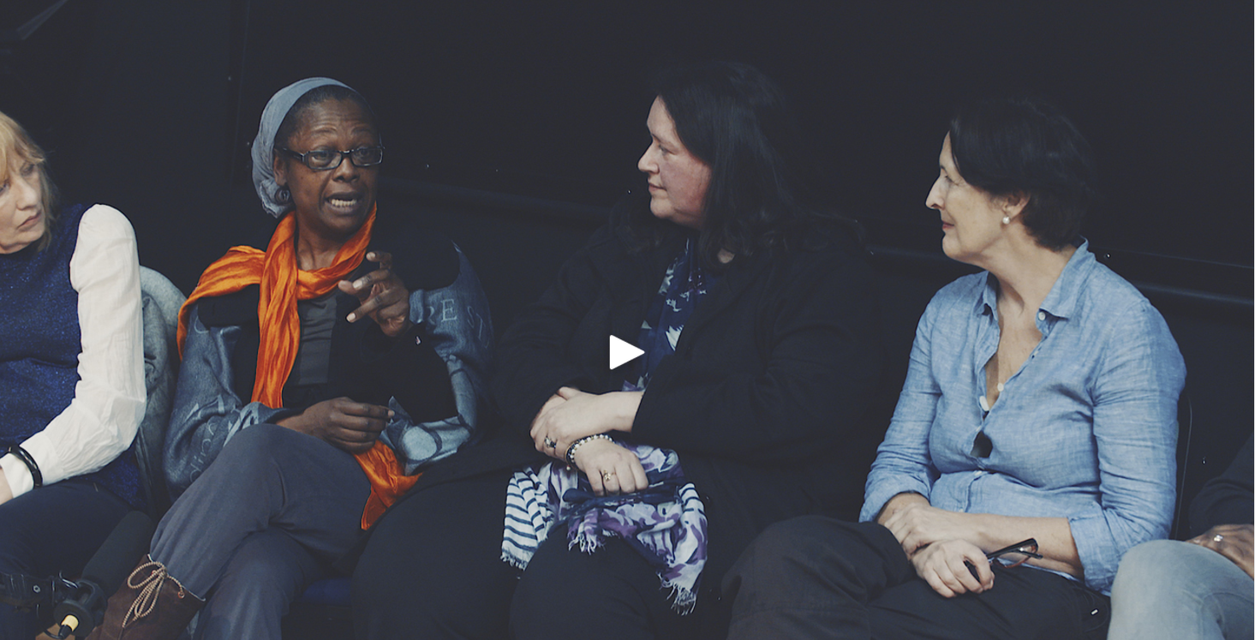 A group of Clean Break writing students have taken part in a brand new project with the Almeida Theatre.

Figures of Speech is a series of films which see acclaimed actors read great speeches from history. The films aim to create a wider platform on what leadership means and analyse the power of the spoken word in the present.

Clean Break writing students were invited to watch Fiona Shaw read Virginia Woolf’s Shakespeare’s Sister, part of the essay A Room of One’s Own, and feedback their opinion in a reaction video.

Our students shared their own experiences in finding creative spaces as women in the 21st Century and critiqued Woolf’s original essay drawing comparison with the current political climate.

“It would be really nice if leaders saw their role as kind of, midwives; to help a community articulate itself.”

The Figures of Speech films, plus additional materials which look at the theme of leadership can be found at speech.almedia.co.uk.