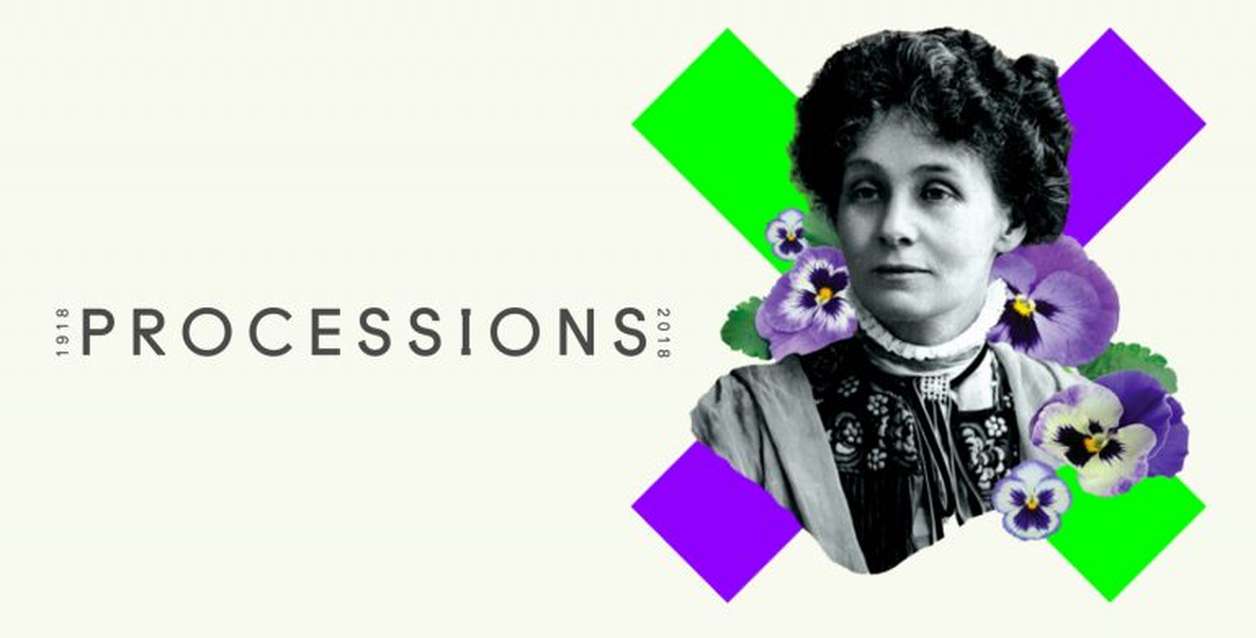 Clean Break team up with Miriam Nabarro for PROCESSIONS

Clean Break are taking part in PROCESSIONS a mass participation artwork which celebrates 100 years since the Representation of the People Act, a bill which allowed some women to vote for the first time. Clean Break will be joining 100 organisations and communities who will create banners to celebrate the centenary.

As part of the march one hundred women artists have been commissioned to work with these groups and we are delighted to announce that we will be working with the brilliant and inventive Miriam Nabarro.

Miriam is a London based artist, theatre designer and photographer. Her theatre practice is often politically and socially engaged, including Palace of the End (Royal Exchange/ Traverse, Winner of the Amnesty International Freedom of Speech Award 2009), The Great Game: Afghanistan (with Pamela Howard) for The Tricycle/US tour, Dr Korczaks Example (Royal Exchange, Best Studio Production 2008), and most recently The Broke’n'Beat Collective and The Welcoming Party (both TheatreRites), and the critically acclaimed I Told My Mum I was Going on an RE Trip (Contact/ BAC/ 20 Stories High/ BBC Live), Black, She’s Leaving Home and Tales from the MP3 (all for 20 Stories High, where she is Associate Artist). Miriam has worked extensively as a community artist and aid worker, running creative arts programmes for children affected by conflict in DRC, Sudan, Eritrea, Kosova, Syria and Georgia. She is the first Artist in Residence at SOAS, University of London, and continues her practice as visual artist, theatre practitioner and educator.

PROCESSIONS takes place on 10th June and will see women and girls in Belfast, Cardiff, Edinburgh and London walk together as part of this celebratory mass participation artwork. Wearing either green, white or violet, the colours of the suffrage movement, the PROCESSIONS will appear as a flowing river of colour through the city streets.

PROCESSIONS is commissioned by 14-18 NOW, the UK’s arts programme for the First World War centenary and produced by Artichoke. With support from the National Lottery through Arts Council England and the Heritage Lottery Fund, and from the Department for Digital, Culture, Media and Sport.