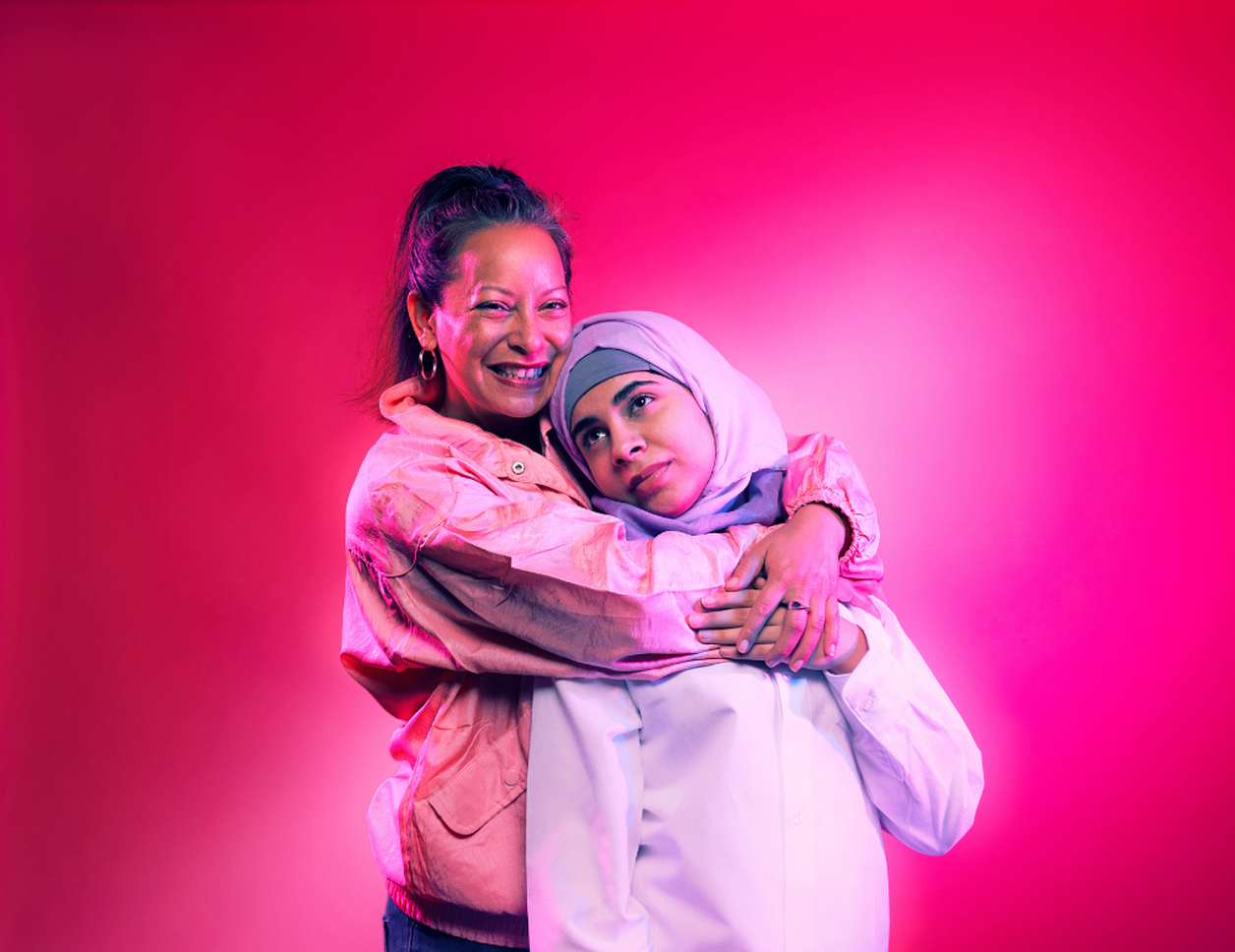 We are very excited to announce our summer 2022 show, a Clean Break and Bush Theatre co-production, Favour by Ambreen Razia, directed by Róisín McBrinn and Sophie Dillon Moniram.

Favour is a touching and hopeful family drama that tackles duty, addiction and the battle of putting yourself back together. Writer of Diary of a Hounslow Girl and Mind The Gap, Ambreen Razia’s remarkable new play tells a strikingly frank story of a working-class Muslim family in a way you’ve never seen before on stage.

The play follows Leila, a teenage girl who is happy living at home with Noor, her loving but traditional grandmother. When Aleena, her fiercely independent mother, returns home from prison determined to deliver a new world of fun and excitement, their calm lives are upended in a blur of nail varnish and sweet treats. Family secrets come tumbling into the light, and Leila finds deciding on her future more difficult than she first thought.

We are honoured that Favour will be part of the Bush Theatre's 50th Anniversary Season, running from Friday 24 June until Saturday 6 August 2022.

Anna Herrmann, Joint Artistic Director and Joint Chief Executive of Clean Break: “We are absolutely thrilled to be co-producing this beautiful play by Ambreen with The Bush and to be part of their celebratory 50th anniversary season, with such a stellar creative team and directed by a brilliant duo in Róisín and Sophie. We haven’t been on a London stage since 2019 and couldn’t be more delighted that our return is to this remarkable venue, which combines extraordinary theatre, with strong community values. The Bush feels like the perfect home both for us, and for this special story of struggle and hope.”

The play is being co-directed by two outstanding women directors; Clean Break's Joint Artistic Director, Róisín McBrinn whose recent credits include our production Typical Girls by Morgan Lloyd Malcolm, and is currently directing Kate Mosse's The Taxidermist's Daughter at Chichester Festival Theatre. Co-directing with Róisín is Sophie Dillon Moniram, a 2018 Old Vic 12 alumna who's credits include POT and Diary of a Hounslow Girl, both also written by Ambreen Razia.

Sophie Dillon Moniram, Co-Director The Favour: “I am hugely excited to be co-directing The Favour with Róisín McBrinn, a brave and tender piece from Ambreen Razia about starting again, co-produced by two extraordinary forces in The Bush and Clean Break who are passionately committed to serving their communities.”

Tickets for Favour are now on sale, through the Bush Theatre's website.