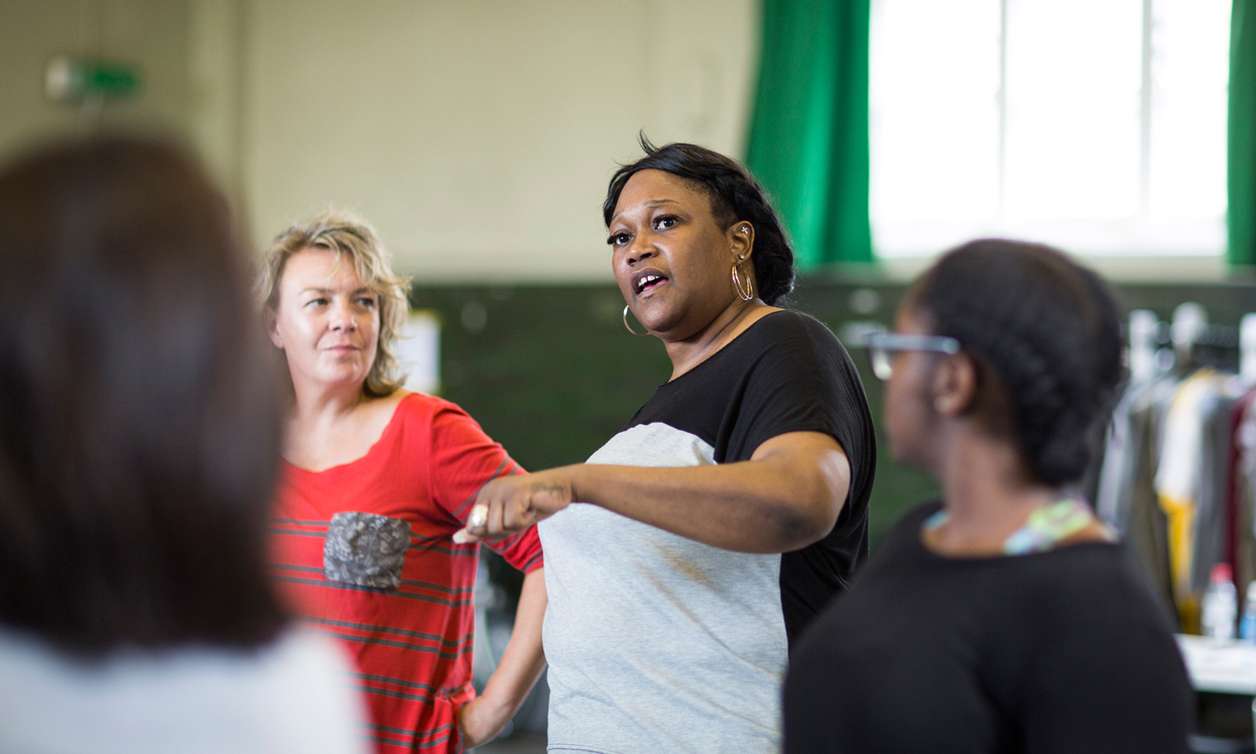 The 2016 Longford Prize has been awarded to the Donmar Warehouse, Clean Break and York St John’s University’s Prison Partnership Project for work carried out over the last 4 years in women’s prisons and as part of the Donmar’s all-female Shakespeare Trilogy

Clean Break has worked alongside The Donmar Warehouse at each stage of its all-women, prison-set Shakespeare trilogy. All three productions have starred Clean Break patron, Dame Harriet Walter alongside performances from graduates of Clean Break’s education programme.

In this final year of the trilogy, Clean Break collaborates with the Donmar on a project that sees a group of young women working with both companies to explore the links between the lives of Shakespeare’s characters and the lives we live today, creating a brand new piece of theatre by blending Shakespeare’s text with their own words. The programme will climax by giving students an opportunity to perform their own original work on the Donmar stage on 2 December.

The Longford Prize recognises the contribution of an individual, group or organisation working in the area of penal or social reform in showing outstanding qualities in the following areas: humanity, courage, persistence and originality.

The Longford Prize is awarded annually by a prize committee on behalf of the trustees and patrons of the Longford Trust. From 2016, the prize winner will receive £5,000, thanks to sponsorship from The McGrath Charitable Trust, founded by Kevin and Kate McGrath. The awards' ceremony takes place as part of the annual Longford Lecture on Wednesday 16 November. The Longford Prize is organised in association with The Prison Reform Trust, for more information please visit www.longfordtrust.org.