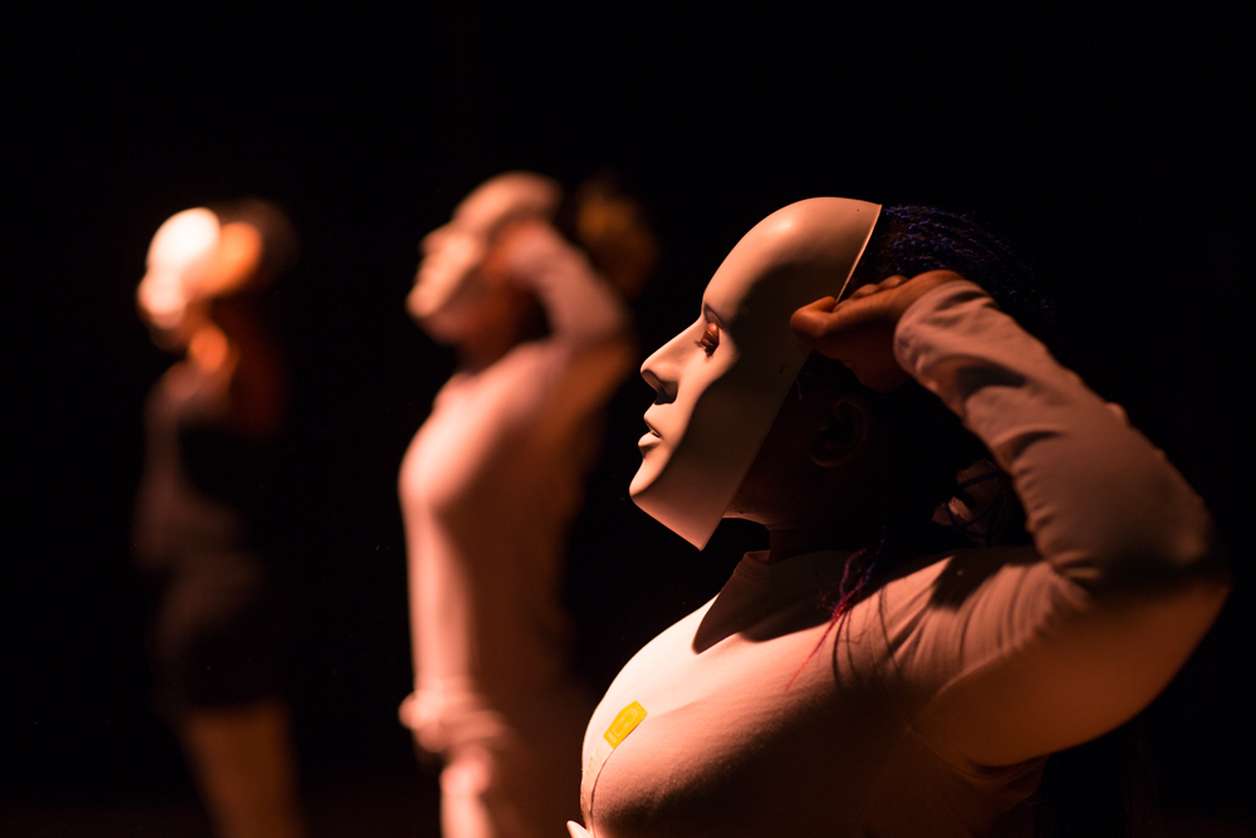 Missing – finding your self within the story of another

Beth Crosland was inspired to write a blog post for us after she attended a Clean Break student performance at the end of the summer term.

'So. One day, a woman, a woman like me, stepped out of her life… And no one knows why’

These lines are from Missing, the end of year production by the students of Clean Break’s Performance Level 2 class. The play was devised collaboratively with playwright in resident, Deborah Bruce and inspired by a news story about a woman called Carly who disappears and then reappears. It’s an enigmatic play which asks as many questions as it answers, fitting given Clean Break’s mission to ask difficult questions and provoke debate about how women are oppressed in society and in the criminal justice system in particular. The request to take part in this debate is made directly to the play’s audience. As they enter the performance space they’re met by the talented cast who look intently at them and ask ‘Are you Carly?’ or ‘Have you seen Carly?’

The play is highly stylised, made up of dislocated scenes of fragmented memories. Much of it is spoken by the cast in chorus and at other times different women take it in turn to play Carly and portray what might have happened to her. The effect is disorientating and that’s the point. As one member of the cast put it – ‘the play’s meant to make your head spin, this woman lost her mind and as a cast and as a team we wanted to look at why and how that happened.’

Carly is both the central character in the play - a woman working as an agency cleaner who discovers something shocking - and a symbolic character voicing the struggle of so many women to be allowed to define who they want to be. The universality of the play’s message is clearly set out by the cast in the opening lines of the play as in turn and in seven different languages they say, ‘I am Carly’.

The profound affect of becoming someone else

Watching the play and hearing from the cast afterwards, it’s clear that the experience of creating it has been profound for all involved. Asked on stage by Laura McCluskey, the Director, what they’ve gained from the process, the bravely honest answers of each cast member almost sound like an extension of the script:

- The solidarity and generosity of the volunteers, the staff, but mostly us – has helped me so much, just coming into this room.
- Before coming in here, I was down there.
- Weren’t we all!
- My confidence and all that had gone out of the window.
- Being in an all women’s space first and foremost, the confidence and solidarity that brings. We’ve gone from strength to strength… we came up with this.
- Through the courses you grow a lot, it’s unexpected growth, but it’s quite healthy.
- It’s been a privilege.

Just before the end of Missing, Carly, or Sam as she’s now decided she is, reappears. The cast tells us:

- She was no longer missing
- Or maybe, she was missing but they knew where she was
- The question remained
- Was I who I felt I was, or who other people wanted me to be?

The play, quite rightly, doesn’t give its audience a comfortable resolution to Carly’s story, but its final lines are strong and hopeful. Echoing, but altering the opening lines of the play, the cast change from being Carly, to being themselves and in turn state:

Missing intertwines the stories of Carly, of countless women across the world, and of the group of women at Clean Break who created it together. The most important thing about it, is perhaps best summed up by one of the cast who said - ‘When I first came to Clean Break lots of things were going on which resulted in me having lost my sense of reality – this process helped me to get it back.’

Beth is a freelance arts and social change practitioner with a particular interest in the performing arts. She has worked extensively with refugees and migrants and also in the arts and criminal justice. In 2012 she was part of the team that set up the Women on the Move Awards to recognise and celebrate inspirational migrant and refugee women who make an outstanding contribution to UK society. She is also a portrait photographer.

To find out more about the Clean Break education programme and future performances sign up to our newsletter for a monthly update.