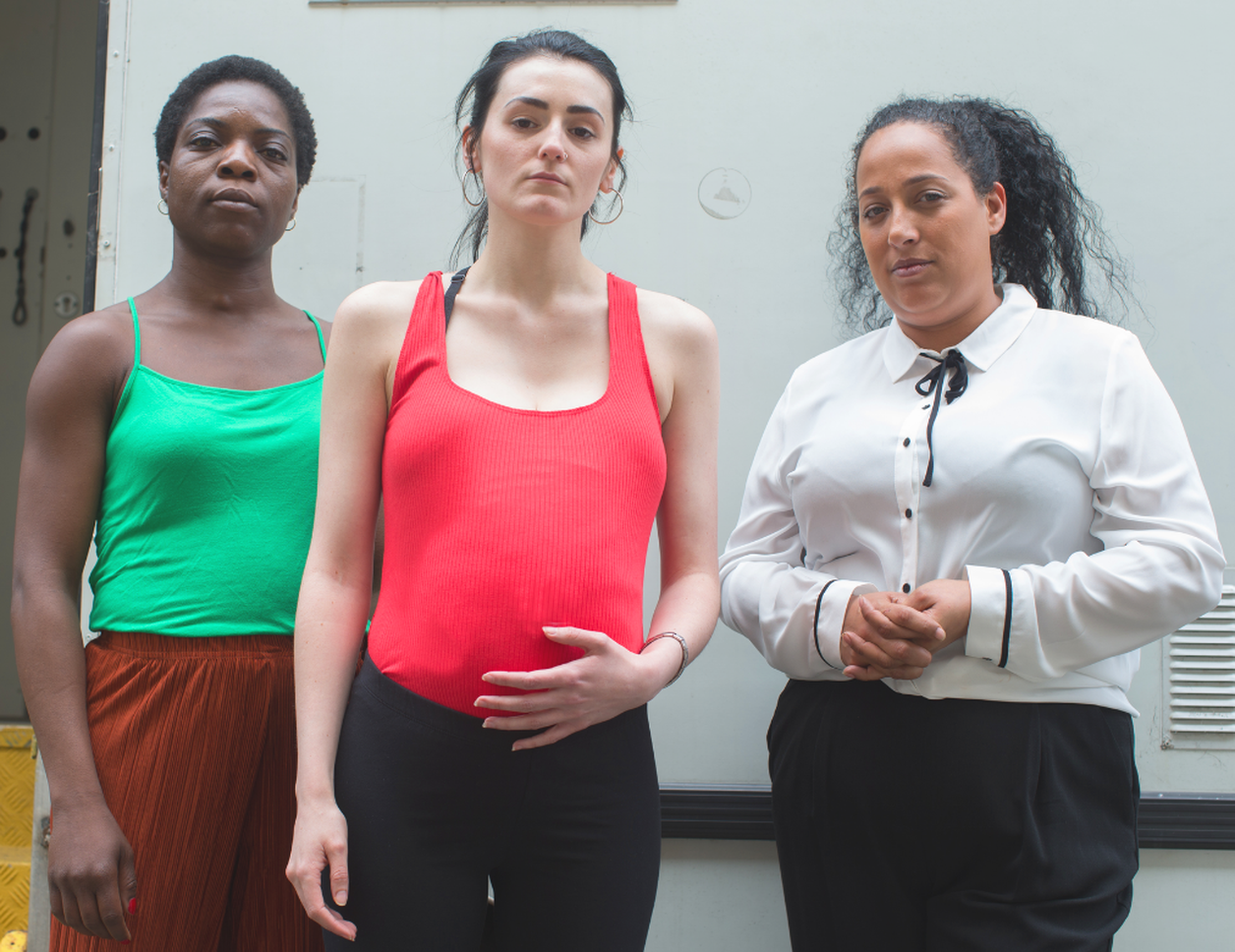 Blog: Sweatbox and Prison Transport in 2019

When a prison van drives past us, on our way to work, or on our way back from buying groceries at the supermarket, we think little about the stories of those held within; the people inside become nothing more than hidden cargo, transported to an unknown destination. It’s an experience of invisibility that many of our Members are all too familiar with, their trauma obscured by a series of walls. Yet with Chloë Moss’s Sweatbox these walls are broken down, bringing the hidden stories of arrival, anticipation, fear and resignation to light, forcing audiences to confront the cruelty of our prison system, even before perceived offenders are placed in cells.

In anticipation of the Sweatbox tour hitting Manchester we caught up with Anna Herrmann Joint Artistic Director of Clean Break and Director of Sweatbox and Dezh Zhelyazkova Producer of the play, to find out how the response to Sweatbox in 2019 has differed from it’s first outing in 2015.

Why is it important to bring back Sweatbox?

Anna Herrmann: Prison vans are part of our environment, but only for those who either work in the system or who are caught up in it personally, are they any more than a backdrop to which we live our lives. Sweatbox The Play changes that – providing a unique chance to step inside a decommissioned van and experience what it is like.

In December 2018 new guidelines were put in place which included: the provision of seatbelts in cellular vans, men and women being transported in separate vans and pregnant women being given alternative transport. It has been positive to recognise these small but important steps to improve conditions for prisoners, especially at a time when our prison system is in crisis. However, it is devastating to witness the story of Rachel, one of the characters in the play who has been given a short sentence of six months for a first offence. The Government has acknowledged that short sentences are ineffective, and yet sadly Rachel’s story is still one that is very real and happening on a daily basis. It needs to stop. Women’s centres offer a viable and evidenced alternative to custody for women but are struggling to survive. We need to invest in these options and change the use of prisons in society for the future to benefit everyone.

We have been thrilled to see audiences come out of the show very moved and provoked to discuss the issues of women affected by the criminal justice system. The feedback from the first half of the tour has included praise for the writing and acting, which engage the audiences with the subject matter, on a deep personal level.

It has been interesting to hear from audiences that the reality of the storylines of the three characters is entirely new to them, and they have previously been unaware of how these experiences affect the women who have them.

Unconventional settings normally add novelty to productions but in the case of Sweatbox the prison van has been described as the 4th character in the play, as it provides for an extremely visceral experience which has resonated with our audiences and left them with food for thought about the destiny of the characters and the bigger picture of the systematic issues within the criminal justice system.

Through the stories of an expectant mother, a first offence, and a woman living with addiction, Sweatbox powerfully explores the varying contexts which contribute to female offending. Emotionally charged at its core, the play prompts us to question how services could have supported each woman and highlights the importance of preventative support for women struggling and at risk of offending.