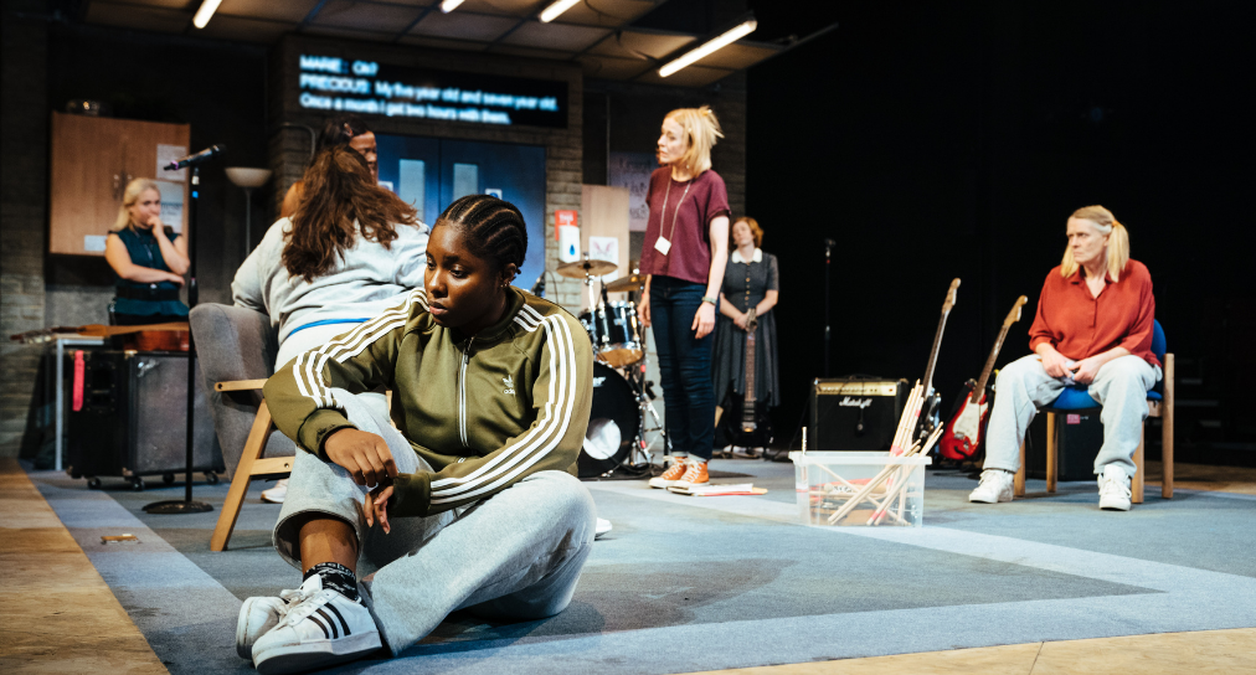 Blog: What is a Prison PIPEs Unit?

Lucinda Bolger, the National Clinical Development Lead for PIPEs tells us what these specialised units are and how they work.

Our new play Typical Girls, a co-production with Sheffield Theatres, is set in a PIPEs unit of a women's prison. In the play, a group of women in the unit attend music workshops, led by a facilitator who introduces them to the music of The Slits.

The play asks if rebellion can ever be allowed within such a restricted regime, and highlights tensions with those in the outside world who do not want public money spent on more progressive practices, like music workshops. But as the character Jane says in the play, "it’s not just fun. Ok?"

So what is a PIPEs unit, and how are they different to the rest of the prison estate? Lucinda Bolger is a Clinical & Forensic Psychologist, and the National Clinical Development Lead for PIPEs. In this blog she tells us what these specialised units are and how they work.

Women who are in prison often face complex circumstances and are some of the most vulnerable and disadvantaged women in our society.

Women are 20% more likely to be recalled to prison than men, despite being less likely to reoffend.

Guidance on Working with Women in Custody and the Community. HMPPS Dec 2018

What are PIPEs? PIPEs are Psychologically Informed Planned Environments, and are a key part of the ‘Offender Personality Disorder Strategy’, or OPD (NHS England & Her Majesty’s Prison & Probation Service). There are currently 29 PIPEs across England, with 20 in prisons (three which are in women’s prisons) and 9 in Approved Premises (two of which are for women).

PIPEs are designed to work to the four high level outcomes for the OPD pathway, which are;

(i) to reduce the risk of reoffending

(iii) to improve the competence and confidence of staff and

(iv) to increase the efficiency and quality of services.

People who have been ‘assessed’ as suitable for the pathway are likely to have complex emotional needs, often linked to difficult and disruptive early lives.

What does a Psychologically Informed Planned Environment look like? This depends on where you experience it; a Preparation PIPE in a ‘high secure’ prison, is likely to feel very different to a PIPE in the community. What they all have in common however are the six core components, and their relational approach.

Some of these core components are designed to help the staff working in difficult circumstances, to do so in a thoughtful and ‘planned’ way, by which we mean when approaching another person on the unit, they are able to ‘hold in mind’ who that person is, and how/why they may be feeling/behaving the way they are. On-going staff Training and Supervision (both group and individual) are core components of the PIPE model.

Perhaps one of the more innovative components of the PIPE model are the Socially Creative sessions and linked to this their enrichment activities. It is important to understand that creativity and creative interaction have central roles in our upbringing, and that people whose childhoods were focussed on survival often missed out on these activities. There is much to be said for the significance this can have on development, and in PIPEs our emphasis is on prosocial relating – connecting, belonging, achieving, winning, losing, and joining.

Key working is also a core component. Everyone who lives on a PIPE is allocated a key worker; someone to discuss issues with both large and small. This can be a challenging but rewarding part of the PIPE, as allowing yourself to attach to another person when you have been badly let down in the past is often an unnerving thing to do.

Structured Sessions are small groups which bring together people who live on the PIPE. They usually have a ‘criminogenic’ focus, which means they help participants further explore issues which may have contributed to their offence. They will often have a psychoeducational emphasis, perhaps learning about attachment styles for example.

PIPEs operate a whole-environment approach, and that process is supported by engaging with the Enabling Environments quality processes offered by the Royal College of Psychiatrists. In Enabling Environments there is a focus on creating a positive and effective social environment where healthy relationships are key to success, and the Royal College of Psychiatrists provide a kite mark when that quality can be demonstrated.